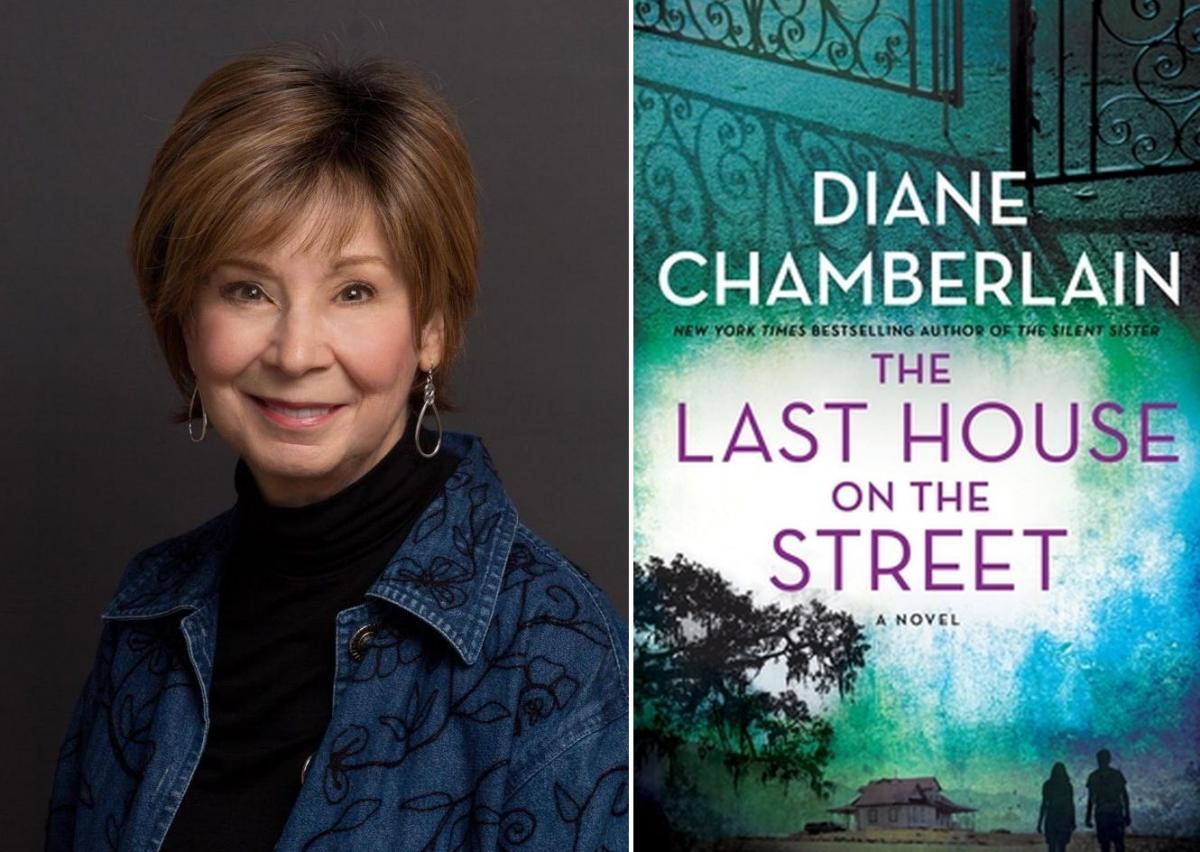 A community’s past sins rise to the surface in New York Times bestselling author Diane Chamberlain’s The Last House on the Street when two women, a generation apart, find themselves bound by tragedy and an unsolved, decades-old mystery.

Growing up in the well-to-do town of Round Hill, North Carolina, Ellie Hockley was raised to be a certain type of proper Southern lady. Enrolled in college and all but engaged to a bank manager, Ellie isn’t as committed to her expected future as her family believes. She’s chosen to spend her summer break as a volunteer helping to register black voters. But as Ellie follows her ideals fighting for the civil rights of the marginalized, her scandalized parents scorn her efforts, and her neighbors reveal their prejudices. And when she loses her heart to a fellow volunteer, Ellie discovers the frightening true nature of the people living in Round Hill.

Architect Kayla Carter and her husband designed a beautiful house for themselves in Round Hill’s new development, Shadow Ridge Estates. It was supposed to be a home where they could raise their three-year-old daughter and grow old together. Instead, it’s the place where Kayla’s husband died in an accident—a fact known to a mysterious woman who warns Kayla against moving in. The woods and lake behind the property are reputed to be haunted, and the new home has been targeted by vandals leaving threatening notes. And Kayla’s neighbor Ellie Hockley is harboring long buried secrets about the dark history of the land where her house was built.

Two women. Two stories. Both on a collision course with the truth--no matter what that truth may bring to light--in Diane Chamberlain's riveting, powerful novel about the search for justice.

DIANE CHAMBERLAIN is the New York Times and USA Today bestselling author of twenty-eight novels published in over fifteen languages. Her books include Big Lies in a Small Town, The Stolen Marriage and The Dream Daughter. She lives in North Carolina with her partner, photographer John Pagliuca, and her sheltie, Cole.

Praise for The Last House on the Street:
January Indie Next Pick

“Chamberlain delivers the goods with this affecting and spellbinding account of a community’s buried secrets.” --Kirkus

“Diane Chamberlain is at her absolute best in this dual timeline about Ellie, a young crusader for civil rights in 1965; Kayla, the woman who moves into the house next door 45 years later, and the woods that connect more than just their properties. Sensitively and unflinchingly told, this novel will make you cry, seethe, swoon and rage. I’ve loved every book Diane Chamberlain has written, but The Last House on The Street is, without doubt, is her masterpiece.”-- Sally Hepworth, New York Times bestselling author of THE GOOD SISTER

"Diane Chamberlain elegantly braids together two stories, set apart by history, to render this taut, edge-of-your-seat tale of two women reckoning with the dark truth of the land they each call home. As compelling as it is important, the novel's focus on the efforts of a group of college students in the South during the Civil Rights movement will no doubt make it a favorite amongst book clubs everywhere." -- Chandler Baker, New York Times bestselling author of THE WHISPER NETWORK

"A powerful novel of our time, both a searing indictment of racism and the power of humankind and a page-turning thriller. It is a very powerful book. Strong and fierce." -- Cathy Kelly, bestselling author of OTHER WOMEN

"Chamberlain (Big Lies in a Small Town) delivers the goods with this affecting and spellbinding account of a community’s buried secrets. In 2010, North Carolina architect Kayla Carter reluctantly prepares to move into her dream home with her three-year-old daughter, Rainie, after her husband, Jackson, died in a freak accident while building the house. Kayla is approached at her office by a woman named Ann Smith, who claims to be a potential client but unnerves Kayla by talking about Jackson’s death, and by telling her she is thinking about killing someone. After moving into the new house, Kayla and Rainie meet neighbor Ellie Hockley, who recently returned to the area to care for her aging mother and ill brother. In a parallel narrative set in 1965, Ellie joins a student group to help register Black voters. She faces danger from the KKK while working alongside other students from Northern colleges and the members of her local Black community in N.C., all of which is exacerbated by her attraction to a Black civil rights activist. As Kayla learns Ellie was once in a romantic relationship with Kayla’s father, she uncovers a series of terrible events that occurred in the woods surrounding Kayla’s property. Chamberlain ratchets up the tension with the everpresent mystery of what Ann might be up to, and the dual narratives merge beautifully before an explosive conclusion. This will keep readers enthralled." --Publisher's Weekly (Starred Review)