“I read Ashley Audrain’s debut, The Push, in two days because I literally couldn’t stop. What does it mean to be a good mother? What if you don’t emotionally connect with your child? How much emotional trauma is passed down from mothers to daughters? The Push examines four generations of females as well as the ways having children impacts one marriage. I loved this book.”
— Rachel Watkins, Avid Bookshop, Athens, GA

“Utterly addictive.” —Paula Hawkins, author of The Girl on the Train

“Hooks you from the very first page and will have you racing to get to the end.”—Good Morning America

A tense, page-turning psychological drama about the making and breaking of a family—and a woman whose experience of motherhood is nothing at all what she hoped for—and everything she feared

Blythe Connor is determined that she will be the warm, comforting mother to her new baby Violet that she herself never had.

But in the thick of motherhood's exhausting early days, Blythe becomes convinced that something is wrong with her daughter—she doesn't behave like most children do.

Or is it all in Blythe's head? Her husband, Fox, says she's imagining things. The more Fox dismisses her fears, the more Blythe begins to question her own sanity, and the more we begin to question what Blythe is telling us about her life as well.

Then their son Sam is born—and with him, Blythe has the blissful connection she'd always imagined with her child. Even Violet seems to love her little brother. But when life as they know it is changed in an instant, the devastating fall-out forces Blythe to face the truth.

The Push is a tour de force you will read in a sitting, an utterly immersive novel that will challenge everything you think you know about motherhood, about what we owe our children, and what it feels like when women are not believed.

ASHLEY AUDRAIN’s debut novel The Push was a New York Times, Sunday Times and #1 international bestseller, and a Good Morning America book club pick.  It has sold in 38 territories, and a limited television series is currently in development. She previously worked as the publicity director of Penguin Books Canada, and prior to that, worked in public relations. She lives in Toronto, where she and her partner are raising their two young children. She is working on her second novel.

A Most Anticipated Book of 2021 by Entertainment Weekly, Marie Claire, AARP, CrimeReads, Lit Hub, and Newsweek

Praise for The Push:

“[A] deft and immersive thriller… The Push is an ingenious reincarnation of that most forbidden of suspense narratives: the mommy-in-peril-from-her-own-monstrous-offspring.”
— Maureen Corrigan for the Washington Post

“There are enough novels about unreliable female narrators and neglectful mothers to fill a minivan… But what makes [THE PUSH] stand out from the rest is Audrain’s nuanced understanding of how women’s voices are discounted, how a thousand little slights can curdle a solid marriage and—in defiance of maternal taboos—how mothers really feel, sometimes, toward difficult children.”
— The Los Angeles Times

“What happens when a mother doesn’t love her daughter? Audrain’s debut is a tense, chilling dip into the dark side of motherhood, narrated by Blythe, whose own upbringing raises the question: Can one inherit an inability to parent? The Push is uncomfortable and provocative, like a train wreck that demands your gaze.”
— The Washington Post

“This taut and tense hurricane of a debut is best devoured in one sitting.”
— Newsweek

“Fans of psychological thrillers, crack open this one about the relationship between mothers and daughters.”
— Good Housekeeping

“Hooks you from the very first page and will have you racing to get to the end.”
— Good Morning America

“A psychological thriller that will make you question everything you know about motherhood.”
— Bitch

“A chilling psychological look at the dark, uncomfortable parts of motherhood and a provocative page turner.”
— theSkimm

“This book should come with a warning label! The Push … is a buzzy debut novel that packs quite a few punches. With shades of We Need to Talk About Kevin, … this GMA Book Club pick for January is a compulsively readable novel.”
— New York Post

“This is a sterling addition to the burgeoning canon of bad seed suspense, from an arrestingly original new voice.”
— Publishers Weekly (starred review)

“Both an absorbing thriller and an intense, profound look at the heartbreaking ways motherhood can go wrong, this is sure to provoke discussion.”
— Booklist

“This is a raw, immediate, propulsive, thought-provoking book, with an ending that hits like a sledgehammer. You will be talking about it for a long time.”
— BookTrib

“[A] dazzling exercise in both economy of language and vividness of expression. Audrain’s grasp of Blythe’s inner life—her fears, her hopes, the details that linger in her mind—is so precise and mature that we get lost in this woman’s often troubling world. That feeling propels the novel forward at a blistering pace, but Audrain doesn’t stop there. The Push announces Audrain as a sophisticated, compelling writer, perfect for fans of thrillers and intimate family dramas alike.”
— BookPage

“Starkly original and compulsively readable, Ashley Audrain's THE PUSH is a deep dive into the darkest nooks and crannies of motherhood.  Raw, visceral, and often disturbing, this is an intense psychological drama that will be embraced by serious book clubs and fans of Lionel Shriver's We Need to Talk about Kevin.”
— Kristin Hannah, #1 New York Times bestselling author

“THE PUSH was a poetic, propulsive read that set my nerves jangling in both horror and recognition. I read it in one sitting and it stayed with me for days afterwards. Not to be missed.”
— Lisa Jewell, #1 New York Times bestselling author of Then She Was Gone

“With its riveting prose and deep convictions, Ashley Audrain’s THE PUSH had me in its clutches from the first page. Audrain’s astute portrayal of motherhood was unsettling in its insights, yet highly entertaining on the page. Complex, nuanced, and unflinching, I inhaled this debut in one sitting.”
— Karma Brown, bestselling author of Recipe for a Perfect Wife

“Intensely absorbing, gripping until the final page, The Push excavates the myths of motherhood, deftly exploring the shape-shifting landscape of parenting, the powerful impact of the past on the present, and the deep unease of our inability to ever fully know even those we hold the closest.”
— Kim Edwards, #1 New York Times bestselling author of The Memory Keeper’s Daughter

“I read The Push in a single sitting, ignoring my children, my phone, and staying up way too late, unwilling to break the spell cast by Ashley Audrain's bold, gorgeous prose and propulsive plot. In the months since, my mind has returned, again and again, to The Push, which is unlike any other novel I've read. This is a thriller, yes, but one that probes deeply—with enormous intelligence—into what it means to be a mother. And, ultimately—like the best fiction of any genre—what it means to be a person in the world.”
— Joanna Rakoff, internationally bestselling author of My Salinger Year

“Ashely Audrain's The Push is not only a propulsively entertaining, read-in-one-sitting novel, it is also a deeply provocative and fearless look at motherhood written in some of the prettiest prose you’ll read all year.”
— Aimee Molloy, New York Times bestselling author of The Perfect Mother

“Written with  a courage that borders on audacity, and with uncanny emotional and psychological precision,  Ashley Audrain’s The Push is a taut, tour-de-force literary thriller that draws you in from the very first pages and plunges you into the most harrowing of journeys:  parenthood.”
— Bill Clegg, New York Times bestselling author of Did You Ever Have A Family?

“THE PUSH is an unflinching examination of motherhood. Audrain lets no one in the Connor family off the hook, yet every character managed to elicit my sympathy. Brilliant, insightful, compassionate, and horrifying. I wish I could read it for the first time over and over. One of the best books I've read all year.”
— Stephanie Wrobel, author of Darling Rose Gold

“The Push is written on the edge of a knife. It’s a howl in the face of what we think we know—or want to believe—about motherhood. Relentlessly compelling, distressing and beautiful, Ashley Audrain’s debut is the next Gone Girl, with shades of We Need to Talk About Kevin. I devoured it whole.”
— Marissa Stapley, bestselling author of The Last Resort

“Stayed up too late finishing [Audrain’s] deeply unsettling The Push about the darkest reaches of motherhood (and profound maternal ambivalence). Visceral, provocative, compulsive, and with the most graphic and relatable description of childbirth I've read (or written).”
— Sarah Vaughan, bestselling author of Anatomy of a Scandal

“A meteoric debut. Ashley Audrain’s The Push is a force of nature, an unforgettable arrival that will linger in your heart—shimmer, darken and then haunt you. Perhaps if Stephen King had experienced motherhood...he might have been able to dream up this book. Wise, monstrous, and tender, it seemed to pulse in my hands. I could not put it down. I could not look away.”
— Claudia Dey, author of Heartbreaker

“The Push is a freight train of a read—it barrels into you and propels you along, taking you places you’re not sure you want to go. I found it disturbing, upsetting, and utterly compelling. This book starts a conversation about aspects of motherhood - expectation versus reality, nature versus nurture, men versus women—that we should be talking about, however uncomfortable it might be.”
— Beth Morrey, author of The Love Story of Missy Carmichael

“Utterly mesmerising. Ashley Audrain's powerful debut novel explores the challenges of motherhood and the terrifying isolation of being trapped within a sinister truth that no one else believes.”
— Fiona Valpy, #1 bestselling author of The Skylark's Secret

“A chilling and beautifully written novel that will strike dread into the heart of any new parent. The ending gave me goosebumps.”
— Mark Edwards, bestselling author of The House Guest 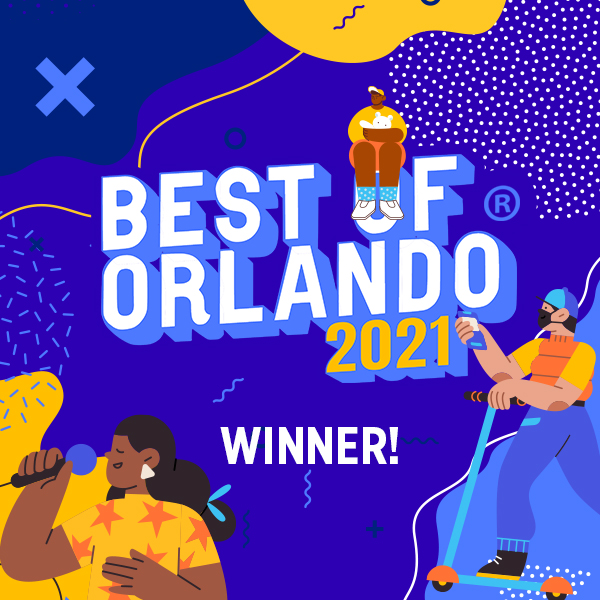