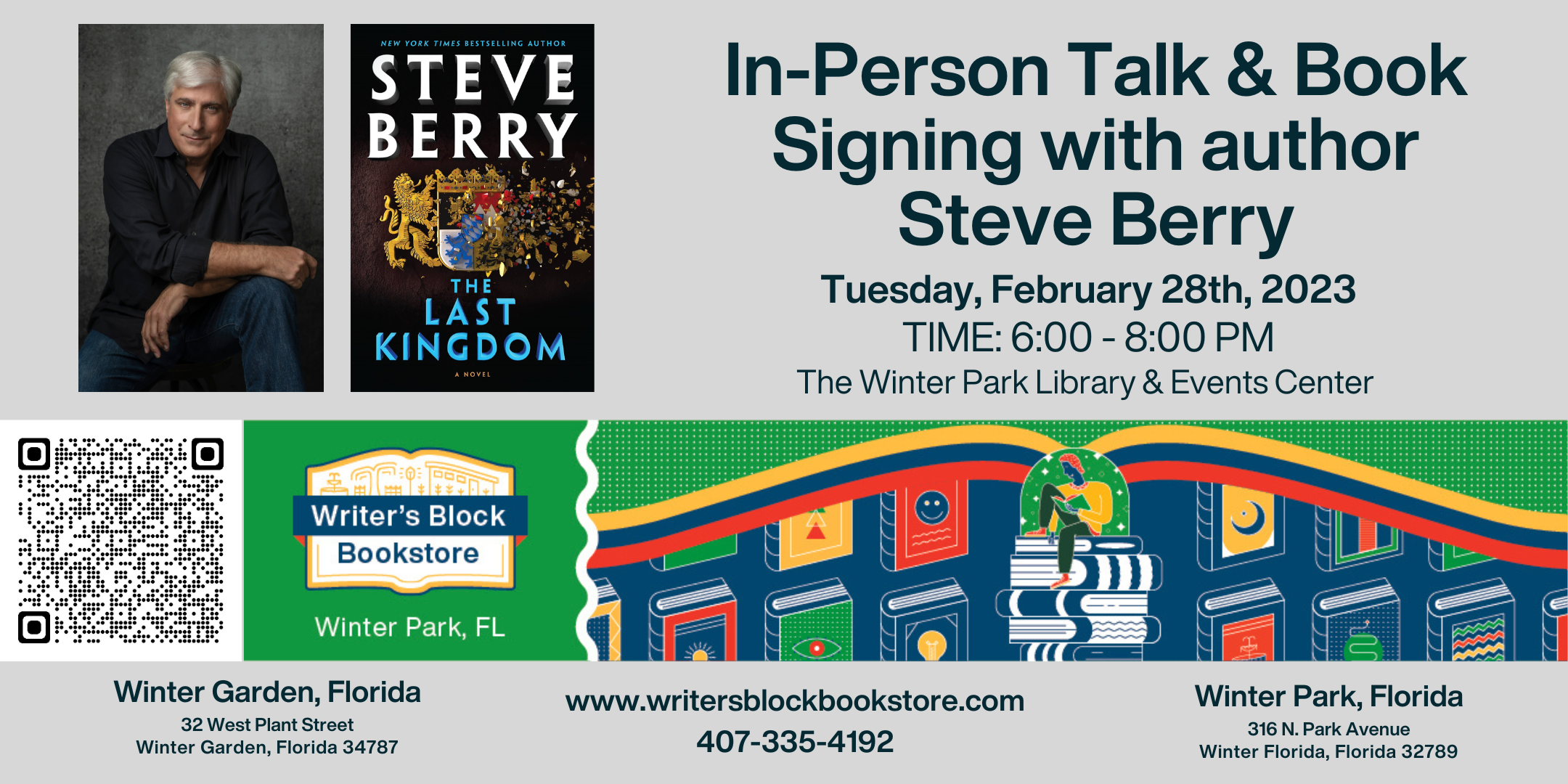 Come and join us at The Winter Park Library as we host Steve Berry here in Winter Park for an in-person talk and book signing on his latest book, The Last Kingdom.

About THE LAST KINGDOM

From celebrated New York Times bestselling author, Steve Berry, comes the latest Cotton Malone adventure, in which the discovery of a lost historical document challenges the global might of the United States.

King Ludwig II of Bavaria was an enigmatic figure who was deposed in 1886, mysteriously drowning three days later. Eccentric to the point of madness, history tells us that in the years before he died Ludwig engaged in a worldwide search for a new kingdom, one separate, apart, and in lieu of Bavaria. A place he could retreat into and rule as he wished. But a question remains: did he succeed?

Enter Cotton Malone. After many months, Malone’s protégé, Luke Daniels, has managed to infiltrate a renegade group intent on winning Bavarian independence from Germany. Daniels has also managed to gain the trust of the prince of Bavaria, a frustrated second son intent on eliminating his brother, the duke, and restoring the Wittelsbach monarchy, only now with him as king. Everything hinges on a 19th century deed which proves that Ludwig’s long-rumored search bore fruit--legal title to lands that Germany, China, and the United States all now want, only for vastly different reasons.

In a race across Bavaria for clues hidden in Ludwig’s three fairytale castles--Neuschwanstein, Linderhof and Herrenchiemsee--Malone and Daniels battle an ever-growing list of deadly adversaries, all intent on finding the last kingdom.

Steve Berry is the New York Times and #1 internationally bestselling author of sixteen Cotton Malone novels, five stand-alone thrillers, and several works of short fiction. He has 25 million books in print, translated into over 40 languages. With his wife, Elizabeth, he is the founder of History Matters, an organization dedicated to historical preservation. He serves as an emeritus member of the Smithsonian Libraries Advisory Board and was a founding member of International Thriller Writers, formerly serving as its co‑president.