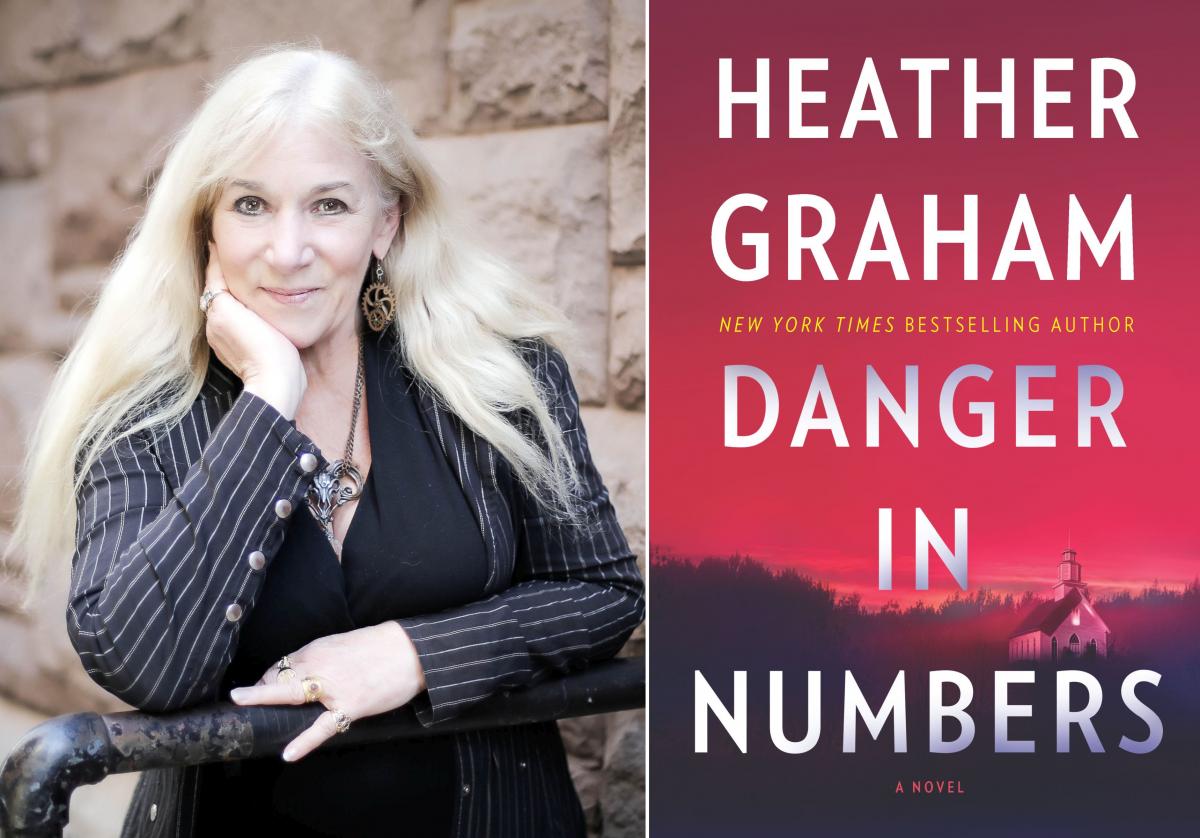 *This event and shipping are open to US residents only

This Spring, thriller icon and literary legend, New York Times and USA Today bestselling author Heather Graham returns with her first sultry and shocking standalone thriller in ten years, about an FBI special agent trying to run from his past and a state police agent bent on solving a horrifying crime, even if it leads the two of them into the web of a vicious cult. Join Graham as she deepens the intrigue and raises the stakes in DANGER IN NUMBERS!

ABOUT THE BOOK
On the edge of the Everglades, an eerie crime scene sets off an investigation that sends two agents deep into a world of corrupted faith, greed and deadly secrets. A ritualistic murder on the side of a remote road brings in the Florida state police. Special Agent Amy Larson has never seen worse, and there are indications that this killing could be just the beginning. The crime draws the attention of the FBI in the form of Special Agent Hunter Forrest, a man with insider knowledge of how violent cults operate, and a man who might never be able to escape his own past. Doomsday preppers and small-town secrets collide in this sultry, twisty page-turning thriller.
ABOUT
Heather Graham is the New York Times and USA Today best-selling author has written over two hundred novels and novellas, has been published in approximately twenty-five languages and with about 60 million books sold in print in the categories of romantic suspense, historical romance, vampire fiction, time travel, occult, and Christmas holiday fare. For more information, visit her at TheOriginalHeatherGraham.com.

R.L. Stine is the creator of the bestselling Goosebumps series, which has more than 400 million copies in print worldwide and celebrated 25 years in 2017. Goosebumps is one of the bestselling children's series of all-time and inspired a popular television show, as well as a feature film starring Jack Black that opened at #1 at the box office. His other popular children's books include the series Fear Street, Mostly Ghostly, The Nightmare Room, and Rotten School, and his first picture book, with Marc Brown, The Little Shop of Monsters. R.L. Stine lives in New York City. You can connect with him on Twitter at @RL_Stine or Facebook: facebook.com/rlstine. For more information, visit rlstine.com and www.scholastic.com/goosebumps.